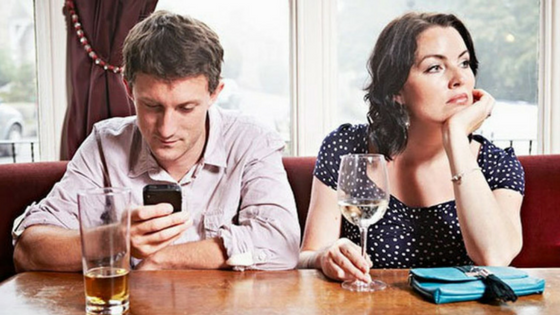 One of the best tools we have as note investors are autodialers and auto texters, right?

Well, way back in 1991 a law was enacted to protect consumers from businesses. Too often, businesses were soliciting for customers at their dinner tables and causing all sorts of anger. The worst part of it was, according to consumers, that the businesses were usually auto dialing.

An auto dialing system calls many customers at once, senses when a customer picks up and then connects the customer to a salesperson. Although very efficient for the business, it was extremely unsatisfactory to the customer.

Well, congress got involved and as is their mandate they enacted a law. The law I am referring to is the Telephone Consumer Protection Act of 1991 (TCPA) . In it, congress stated some rules that affect us today, including text messaging! I will cover some of these rules in this article.

It behooves you, though, to read the law for yourself. Here is the Wikipedia article, with references:

This rule is probably the most relevant rule regarding communications with borrowers. Currently, you need to get express consent to use an autodialer for non-marketing purposes (including debt collection) and it requires “prior express written consent” for marketing communications.

However, “this consent standard applies only when the non-marketing communication is initiated to a telephone number assigned to cellular telephone service or any other service for which the called party is charged for the call.”

Basically, you need to know what number your borrower will answer on. If it is a cell phone, and you use an autodialer, just get consent first. If you are going to market to him some other product, make sure you have that consent in writing.

As a note, the FCC first established that text messages are “telephone calls” for TCPA purposes in 2003.

In short, if you use any type of system that has current or future ability to automatically dial telephone number in any way shape or form, you need to follow the FCC rules regarding this act.

Although it seems obvious what consent means, the rules do not explicitly state that. As such, in a 1992 Report and Order, the FCC stated: “[P]persons who knowingly release their phone numbers have in effect given their invitation or permission to be called at the number which they have given, absent instructions to the contrary. Hence, telemarketers will not violate our rules by calling a number which was provided as one at which the called party wishes to be reached.” (1992 TCPA Report and Order, 7 FCC Rcd. 8752, 8769, para. 31)

In 2008 the FCC held up their previous declaration and specifically mentions debt collecting in a Declaratory Ruling: “Because we find that autodialed and prerecorded message calls to wireless numbers provided by the called party in connection with an existing debt are made with the ‘prior express consent’ of the called party, we clarify that such calls are permissible. We conclude that the provision of a cell phone number to a creditor, e.g., as part of a credit application, reasonably evidences prior express consent by the cell phone subscriber to be contacted at that number regarding the debt.”

However, a caveat. This rule specifically applies to numbers collected as part of the original credit application. If a phone number was not collected at that time, consent wasn’t given at that time. You will need to gain other consent. Typically, oral consent (recorded is best) is allowable.

The consumer can revoke their consent at any time through any reasonable means. In essence, this means it has to be fairly easy for a consumer to revoke consent to auto dialed messages. And, text message senders specifically are prohibited from limiting how a customer can revoke their consent: they can do it either vocally, in person or in writing.

What happens if you break the law?

“Each text message is an independent TCPA violation, and the per-violation recovery is $500 in statutory damages or actual damages, whichever is greater. Courts do not have discretion to award less than $500 per violation, but they can award up to three times that amount based on a finding that a violation was willful or knowing.”

At the end of the day, the TCPA law boils down to five principle elements that we as investors need to be aware of if we intend to use auto dialing options to reach borrowers:

1. The recipient’s “prior express consent” is absolutely required.

2. Your borrower (the recipient) has the right to revoke TCPA consent at any time by any reasonable means.

3. Even if you call or text a wrong or reassigned number, the sender is liable.

4. You, as the message sender or call maker bear the burden of proving proof of consent

5. You may be liable for TCPA violations committed by a collection agency while acting on the your behalf. And vice-versa.

Laws are always more intimidating on paper than they are to obey and follow them.  By being creative, you can still adhere to the law and get work done, too.